The Community and Family History Department holds meetings the second Thursday of each month at 7:30 pm at the museum on the lower level. There are no meetings during June, July and August. Monthly meetings resume in September.

The Kings Historical Society meets the last Tuesday of each month at 7:30 pm in the Court Room. There are no meetings during June, July and August. Monthly meetings resume in September.

Dec 13 to Dec 15 – EXHIBIT HELD OVER –
“Shadows & Visions” celebrates the Atlantic Theatre Festival’s eight wonderfull seasons of operation, and this exhibit features costumes, props and photographs from this period. Part of the display is a documentary, made by Adrienne Clarkson (before she became our Governor General) for broadcast in 1995 to mark the Festival’s first season. There are also interviews with some of the actors, including Kentville’s own Peter Donat, and founding artistic director Michael Bawtree.

EXHIIBIT dates to be announced
“Earth, Wind & Fire”
An exhibit of ironwork, kites and windchimes

The Kings County was created in 1759 and The Kings Historical Society, established in 1978. The Society provides ongoing administrative and financial support to the museum. OKCM aims to preserve and promote the cultural and natural history of Kings County for present and future generations. Contact us for more info! 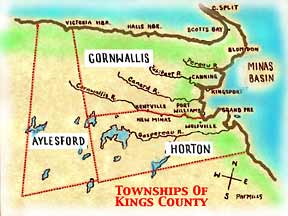